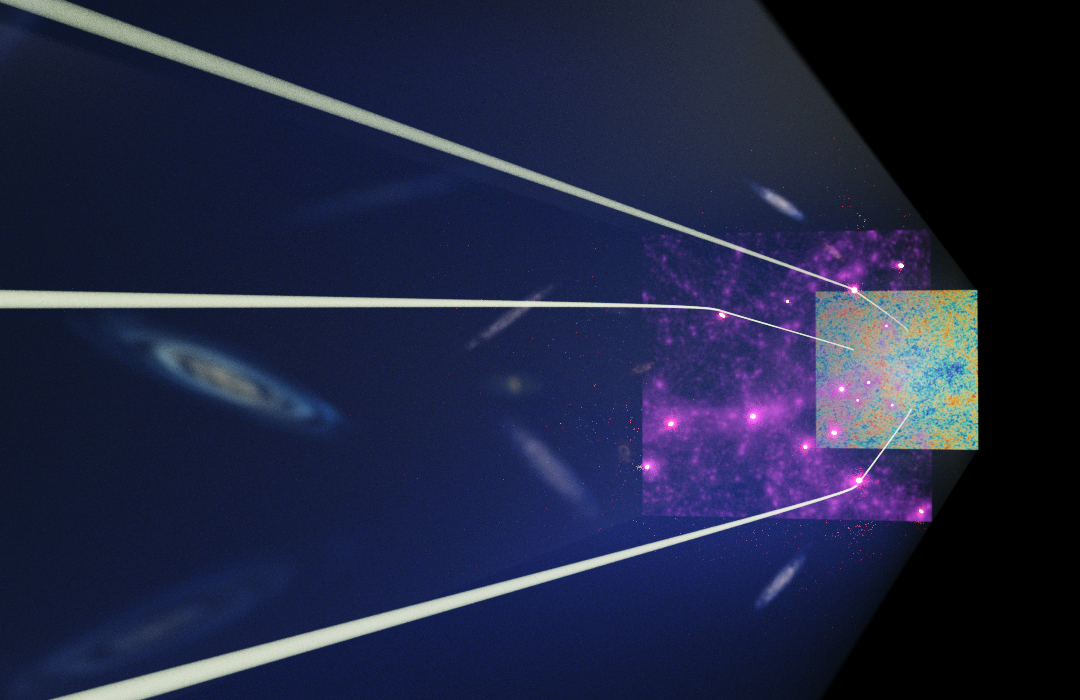 An international research group led by Associate Professor Hironao Miyatake at KMI, Nagoya University, Assistant Professor Yuichi Harikane and Professor Masami Ouchi at the Institute for Cosmic Ray Research, University of Tokyo, and their colleagues, have successfully detected the presence of dark matter around galaxies in the distant universe approximately 12 billion light years ago for the first time by combining data from the Hyper Suprime-Cam (HSC) camera on the Subaru Telescope and ESA/NASA’s Planck satellite.

The results of this research were published in “Physical Review Letters,” a journal of the American Physical Society, on August 1, 2022. This research result was selected as Editors’ Suggestion and is positioned as one of the most important papers in the journal. Associate Professor Miyatake proposed the idea, measured the signals, and performed the theoretical interpretations in this research.

Dark matter measurements around galaxies using cosmic microwave background (CMB) radiation had been done before, but they were limited to galaxies about 8-10 billion years old. At a workshop, I heard that Prof. Ouchi and his research group had constructed a sample of galaxies that are more than 1 million galaxies, about 12 billion years ago, using HSC data. I then came up with an idea to measure the dark matter distribution around the galaxies using the gravitation lensing of CMB and started a discussion with Prof. Ouchi. I did a simple measurement that day and found a reasonable possibility of detecting the signal. We then carefully studied the systematic errors and published the results in this paper. It was a very exciting experience to have such an innovative result from the simple idea that came up during the workshop. In addition, a research proposal that further developed this research was selected last year for the Fusion Oriented REsearch for disruptive Science and Technology (FOREST) program of the Japan Science and Technology Agency (JST). I am thrilled to open up new possibilities for cosmological research in the distant universe.

The details of the press release can be found here.