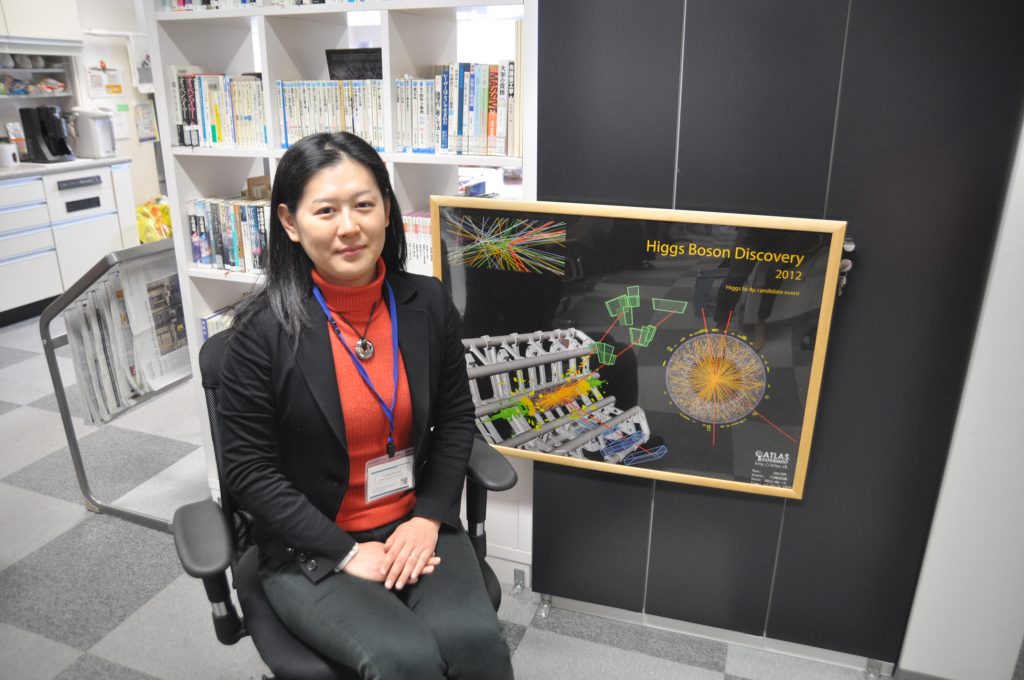 The JPS has established the “Fumiko Yonezawa Memorial Prize” in 2019 to honor and encourage the activities of woman members of the JPS celebrating the achievements of Professor Yonezawa who made major contributions to physics, such as the development of the coherent potential approximation, and the theory of metal-insulator transition in liquid selenium, and served as the first female president of the JPS.

The award ceremony was held on March 14th online during the JPS annual meeting.

I am extremely honoured to receive the Fumiko Yonezawa Memorial Prize from the Physical Society of Japan. I really appreciate various support and collaborations from my colleagues at Nagoya KMI and more.
I continue to be committed to the research in the energy frontier area for discovery of New Physics beyond the Standard Model of particle physics. Furthermore, I am going to work on KMI’s interdisciplinary research as well. (Associate Professor Yu Nakahama)

(cited from the JPS webpage)

Study on New Phenomena beyond the Standard Model of Particle Physics

Unification of the forces and understanding of the vacuum are the targets of elementary particle physics. Super-symmetric theory (SUSY) has been a strong candidate of the unified theory due to its theoretical simpleness. On the other hand, dark matter has been established from cosmological observations and is commonly thought as yet-unknown elementary particles which SUSY can provide. Discovery of Higgs particle is a clue to understand the vacuum, and precise investigation of Higgs field including Higgs self-coupling is thought to be a direction of next particle physics efforts.
Verification of the SUSY or beyond the standard particle theory is widely pursued by looking for a production of new particles and/or a discrepancy from the standard theory in precise measurements and rare phenomena. Dr. Nakahama introduced new method to measure CP asymmetries in neutral current decay of B mesons at the BELLE experiment and concluded no discrepancy from the standard theory. Then, in the ATLAS experiment, she led the search for SUSY gluino and squark inclusively and rejected many SUSY and dark matter models. It had a strong impact on both elementary particle and cosmology fields. She is pioneering to use Deep Learning tools in the verification of the Higgs field. Improvement of the ATLAS trigger performance is indispensable in upgrading the luminosity of LHC. It is highly praised that she realized the Run 2 operation of LHC as a person in charge of the ATLAS trigger selection project.
Dr. Nakahama studied in the BELLE experiment, frontier of precise measurements. Then, she proceeded her study in the big ATLAS experiment, high energy frontier, and made various achievements. Consequently, she is promoted to important posts in the group and is a good role model of researchers in particle experiments using an accelerator. She is serving as a committee member of future planning of high energy physics community. She is contributing to activate the field and will continue to propel the field. As described above, she deserves to receive the Fumiko Yonezawa Memorial Prize as the young female leader in experimental particle physics.