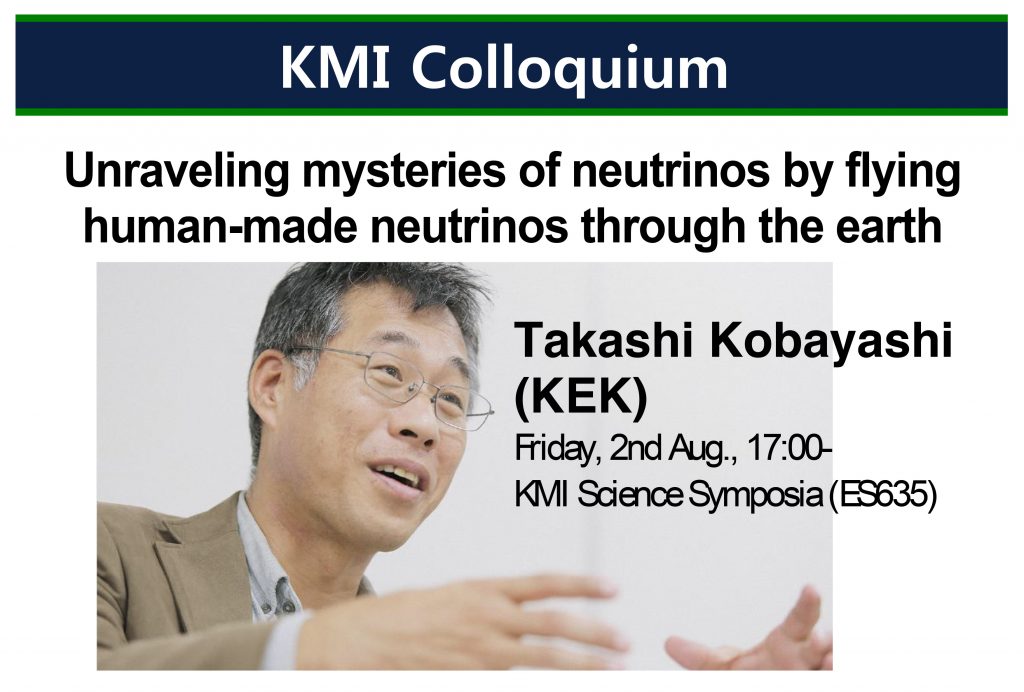 Neutrino is least known elementary particle. We now know neutrinos have non-zero mass by discovery of “neutrino oscillation” in 1998 which lead to the Nobel prize of Kajita-san, but we only know those masses are extremely small compared with other elementary particles and don’t know why the masses are so small. We don’t know the difference between neutrino and anti-neutrino. It is greatly expected that unravelling the unknown properties of neutrino could provide breakthroughs to answer fundamental questions in our universe, such as, why matter (we) exist, or what is the ultimate theory to describe our nature. Here in Japan, there are world leading experiments to investigate the unknown nature of neutrino. One of them is to use human-made neutrino by using accelerator and fly them 295km through the earth and detect by the Super-Kamiokande detector, the T2K experiment. Also, there is a future upgraded experiment called Hyper-Kamiokande, in which the detector will be orders of magnitude larger than Super-Kamiokande. I will introduce the T2K experiment and its achievement and status, and future prospect. Also the great potential of the Hyper-Kamiokande experiment will be presented.