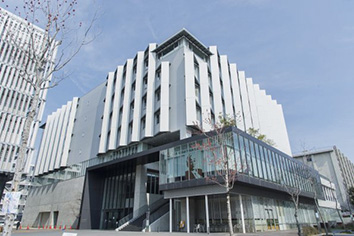 In October 2008, the Academy announced its award of the Nobel Prize in Physics to
three esteemed scientists: Yoichiro Nambu (USA), and Nagoya University graduates
Toshihide Maskawa, a Distinguished Invited University Professor at Nagoya University,
professor emeritus at Kyoto University, and professor of physics at Kyoto Sangyo
University, and Makoto Kobayashi, professor emeritus at the High Energy Accelerator
Research Organization (KEK). The two Nagoya University scientists received the Nobel
Prize for forecasting, over three decades ago, “the discovery of the origin of the broken
symmetry which predicts the existence of at least three families of quarks in nature.”
In 1972, the two presented their Kobayashi-Maskawa theory, which states that CP
symmetry violation can be explained with six types of quarks, one of the subatomic
particles that constitute matter. This theory was proved in 1995 with the discovery of
the sixth quark, known as the top quark. Among the numerous theories attempting
to explain CP symmetry violation, the Kobayashi-Maskawa theory remains the most
concise and well-formed, and today is one of the key components of the standard
model of particle physics.